Keeping your Guard up in the retail sector 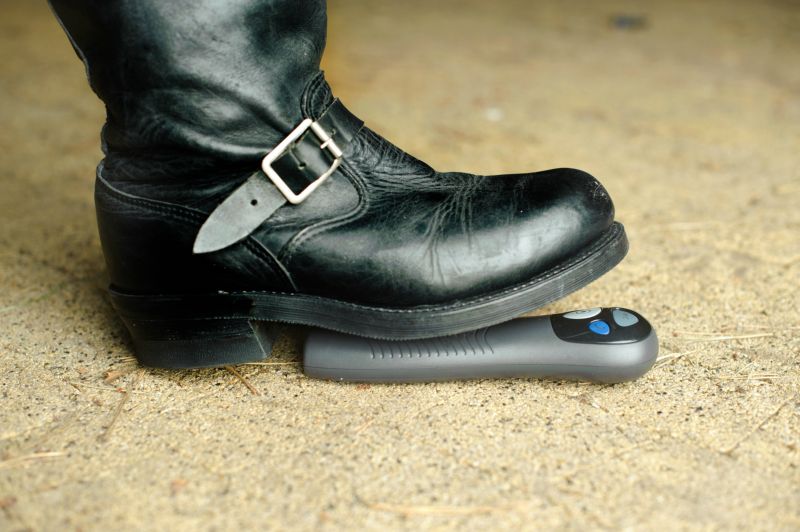 However, the security officer can be left powerless and extremely vulnerable if multiple persons, or an armed individual, were to arrive on site intent on threatening property or life. Last month, Active Track received a report from a customer where these events played out. The key difference, though, was that the officer in last month’s incident was armed with an Active Track device.

The security officer was carrying out a patrol early in the morning, scanning RFID clocking points with an Active Track device, when an unknown number of suspects appeared on site. The officer pressed the panic button on the Active Track device to alert his call centre to call him immediately via the Active track, which it did.

As part of its procedure, the call centre had accessed the live GPS location of the device to pin-point the officer and all his future movements until the potential danger had passed.

During his discussion with the call centre, the officer was spotted by the mob who started to chase him off site, wielding what appeared to the officer to be sticks, knives and a handgun. As he ran, the officer dropped the Active Track and fled to safety to the nearby police station.

The Active Track’s shock sensor was triggered when the device hit the ground, alerting the call centre of a duress situation, and prompting the security company’s armed response team via SMS and an automated call to attend at site right away. On arrival at site, the reaction officers located the mob in a store that it had gained access to and arrested all assailants on site before the mob could damage or remove any property. Shortly thereafter, the police arrived after having spoken to the stricken officer at the station, and the mob was remanded into custody.

The property management company for the shopping centre was glad that arrests had been made but was reluctant to believe that the officer had been diligently carrying out his duties leading up to the arrival of the mob, and was concerned that he may have been sleeping instead. The security company was quick to assure its client that all duties were carried out and on time, by logging on to the Active Track online portal and emailing the automated patrol report and GPS map to the client. The report showed the location and time-stamp of each scanning event on the officer’s patrol route thereby demonstrating to the client that no RFID points were missed or scanned late, as well as of the panic button and shock sensor activations. The GPS map depicted the exact route taken from the start of the shift up until the device was dropped and abandoned on site.